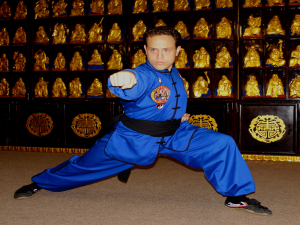 Sifu Phil was the first place Gold Medal winner for Shaolin Weapons and Empty Hand Forms at The 2014 Tiger Cup Shaolin Tournament in Chicago hosted by:
The Chicago Shaolin Temple.

In January of 2015 Philip Tambakis obtained the rank of Sifu in the Shaolin Curriculum from his teacher Sifu Cheuk Ho Kwong and has been authorized to teach and run his own school. It is well known that Sifu Jonathan Rivera and Sifu Phil Tambakis are the only two to ever reach the rank of Master under Grandmaster Cheuk Ho Kwong.